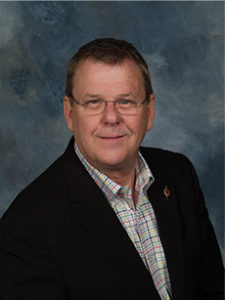 Phill works to engage and connect individuals and organizations to help them reach their maximum potential. He enjoys coaching, teaching, mentoring and connecting people with information and resources.

Phill graduated from Samford University, where he earned a Bachelor of Music Education degree. He received a Master of Arts in Religious Education from Southwestern Seminary and has done post-graduate work at the Jesse H. Jones Graduate School of Administration at Rice University.   He is a Certified Association Executive through the American Society of Association Executives. He holds the ACC certification with International Coach Federation. He has completed church consultant training with the Center for Congregational Health in Winston-Salem, NC. He was ordained by Broadway Baptist Church in Fort Worth, Texas.

A native of Huntsville, Alabama, Phill is the retired CEO of The Church Network, a professional association serving the administrative staffs of congregations. He joined the staff of TCN in June 2000 as Director of Education. In March of 2006, he became the Deputy Chief Executive Officer of the Association. In January 2019, he was named CEO – Elect to become CEO in August 2019. Phill has completed twenty-four years of service in various positions of ministry in the local church in Alabama, Georgia, and Texas.

Phill is a Certified Church Administrator(CCA) by the TCN. Before working for the association, he served on its board as Central Area Vice President and Senior Vice President of Marketing and Communication.

Active in the Cooperative Baptist Fellowship, he has held its top elected position as moderator of the governing board 2002-03. He previously served as an at-large member of its Coordinating Council, chairing the Communication and Marketing Ministry Group. In addition, he has served on their Information System Task Force to develop technology strategies for the organization and chaired the local arrangement committee for the 1998 Houston General Assembly. For three years, Gloria and Phill served as member care counselors for mission personnel serving primarily in Eastern Europe.

He and his wife Gloria have two daughters and a grandson, Lauren, a Georgia Tech Industrial Engineer with a global MBA from the University of Texas Dallas, and is a supply chain engineer in the corporate office of 7-Eleven Corporation in Irving, TX, Bruce is their grandson. Andrea, their other daughter, is a Registered Dietitian and a graduate of the University of Texas in Austin. She works in the Texas Department of Heath serving Women Infant Children. Gloria is a graduate of Auburn University, holds the Masters of Arts in Marriage and Family Therapy from the University of Houston – Clearlake, and is retired from her private psychotherapy practice.